A Man Caught A Baby Thrown Out Of A Burning House In Arizona, US

A shocking video showed the moment Blanks caught a three-year-old boy thrown from the balcony of a burning apartment complex in Phoenix, Arizona, on July 3, right before he hit the ground, KABC reported.

“Instinct. There wasn’t much thinking. I just reacted. I just did it,” he told the station.

The 28-year-old said he was always raised with the mindset to serve others.

Blanks served in the U.S.
Marines and currently has a job in the security industry. 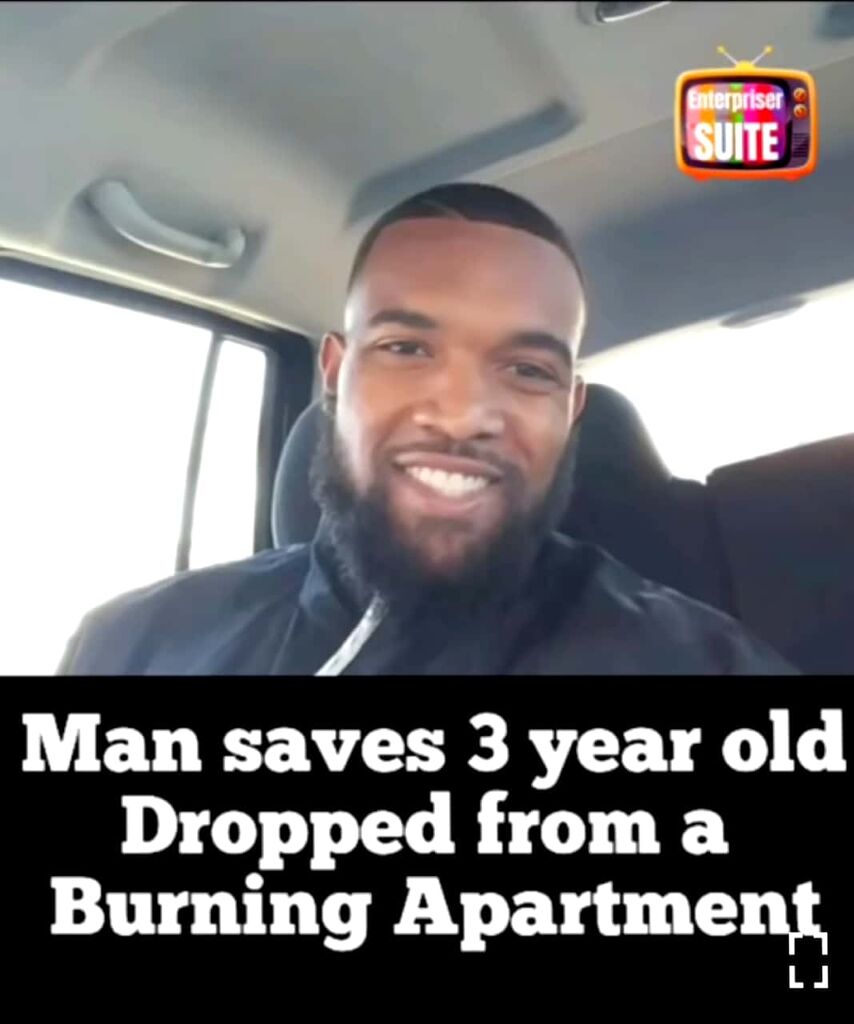 He also credits his time playing football as a wide receiver for Saddleback College in Mission Viejo as key to his personal growth.

“I know how to catch,” he says. “I’ve learned how to catch a football. So I’ll give some credit to football.”

On the day of the fire he heard a lot of commotion outside of his building.

Then Blanks heard someone yell there was a fire, so he grabbed a few things and ran outside barefoot to check it out.

“He was twirling in the air like a propeller,” Blanks said. “I just did my best. His head landed perfectly on my elbow. His ankle got twisted up as I was diving.
The guy who was there with me – it looked like he wasn’t going to catch him.
So that’s why I stepped in.
I just wanted to make a better catch.”

While the child’s life was saved, his 30-year-old mother died in the fire. Her final act was to fling her son to safety while she was already engulfed in flames.

“She’s the real hero of the story.” Blanks said.

“Because she made the ultimate sacrifice to save her children.”

The boy’s father was at work when the blaze broke out. Investigators are still investigating the cause of the fire.